Day Sixteen: There Are No Mistakes

I typically decide my workouts a few days before I complete them.  Today’s workout was chosen four days ago when I realized how much I missed my yoga routine while I was out of town.  I chose a class at the closest Core Power Yoga studio to my house and found a time that worked for me.  Little did I know that the class that I had chosen, “yoga fusion” actually meant “our style of Bikram.” 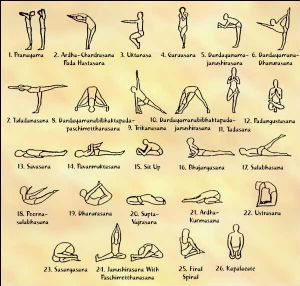 I walked into the studio, wanting more than anything to have a nice vinyasa practice.  I was so excited about it that I fell asleep waiting for class to start (this is happening a lot lately, uhh?)!  When the instructor came in and asked us to start out with the Bikram style breathing exercises I felt defeated.  I woke up for my slumber on my mat for this?

After my first experience at a true Bikram studio a  few weeks back, (see: Day Three & Four: Too Hot To Handle) I had sworn off trying it again.  However, the yoga guardian angel that is watching my back (primarily when I’m in wheel) must have had a different plan.  To me, giving up after trying something once is a lot like just giving up.  Giving up after trying something twice means, “I stayed open to it and tried it again.”  So after deciding that there was no way I was walking out of a class as it started, I gave it a second try.  I enjoyed it a lot more this time around.  I also realized that I happen to love everything about a vinyasa style class, this just might not be my dig….and that’s ok.