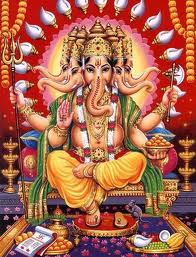 This was my second class at Karma Yoga and I fell in love with the studio all over again.

When I walked in I heard someone say, “my name is Betsy,” which immediately made the two of us strike up a conversation.  Five minutes later another person walked in and the instructor said, “hi Betsy!”   Three Betsy’s in one yoga class with only seven people in it!   With this many Betsy’s, I knew it was going to be a great class.  We also had a man sitting in the front of the studio with drums and a guitar, who asked if we would be ok starting off with chants.  I have never done this, but I am up for anything.  We did two different chants (not a clue what I was saying) for about ten  it was such a peaceful way to start off class.  The instructor then led us through a 75 minute vinyasa flow.

During the last ten minutes of class when we are all winding down our practice, the instructor had us in a sideways twist.  She kept asking us to relax our leg muscles and the guy next to me took that way too literally and let up a loud fart. I was in such a quite mind space, but there is not a place in the world where I will not laugh when I hear flatulence.  I initially let out a chuckle and immediately tried to reel in my laughter.  There was still a good few minutes left in class and I could not stop smiling, chuckling and starting to snort back bellows.  It was just as bad as being in church and trying not to laugh.

This was one of my favorite spiritual classes of all time.   It was unique, fun and full of Betsy’s.  The only thing I would have changed was the tooter in the corner.  At least it wasn’t me, it could have been way worse.