Last week I signed up for a week-long bootcamp at Tran’s Fitness.  What this bootcamp entails is going to one class everyday for a week at this studio and riding my diet of sugar, alcohol and bad carbs.  Yesterday was day one of the bootcamp and I went to my first ever “tread training”

class.  It was high intensity treadmill work with various interval weight training.  Are you confused?  I was too at first.   After I got it down, I was able to concentrate on my intensity and try to calm my thoughts of how sore I would be the next day.

As for my diet on day one?  It was a success, no sweets, carbs or alcohol.  In all fairness, the alcohol thing is easy for me…it’s the sugar withdraw that really makes me shake.

Day 120:  FOUR MONTHS DOWN, eight to go!   Staying focused on how much I have already achieved makes the upcoming eight months seem a lot easier.   1/3 of the way through and I still feel great, in fact, I feel better about a lot of things in my life than when I started (which I was not sure would be the case at the beginning).  Today Mike and I drove up to Keystone and skied for a little over two hours.  It was all that my body could muster up in 8 degree weather.  For those of you that do not ski that often, I would just like to throw in a gentle reminder that it was 8 degrees before adding in the wind that you feel while going 20 mp 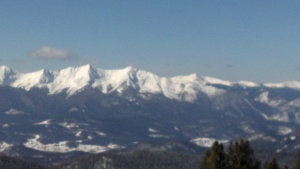 h* down a mountain.   Mike and I split-up before we started so that we could both concentrate on our own skill level of skiing/boarding.  It ended up being a good thing because I think he would have left me in mountains if he heard me say “my face is freezing” as many times as I was thinking it.

And an update on the diet today?  Welllllll, just one hiccup.  We went to my favorite deli in Dillon and they had gluten-free bread pudding (my willpower did not stand a chance!).  Mike and I split a piece of that sans-wheat-heaven without any guilt.  I wish I could say I feel bad, but I don’t.   Primarily because I didn’t think twice about my new sugar limitation, but also because I do not allow what I eat to make me feel anything other than what it is.  That was a piece of happiness, that made my day a little sweeter than before….and that’s all.

Sidenote:  If you happened to notice that we did not make it to day #2 of the bootcamp then I will explain why:  we wanted to ski and it was the only day in the foreseeable future that we could.  Sorry bootcamp, the mountain air always wins in my book!

*I have no clue if I ski that fast.  I just thought it sounded really, really badass.